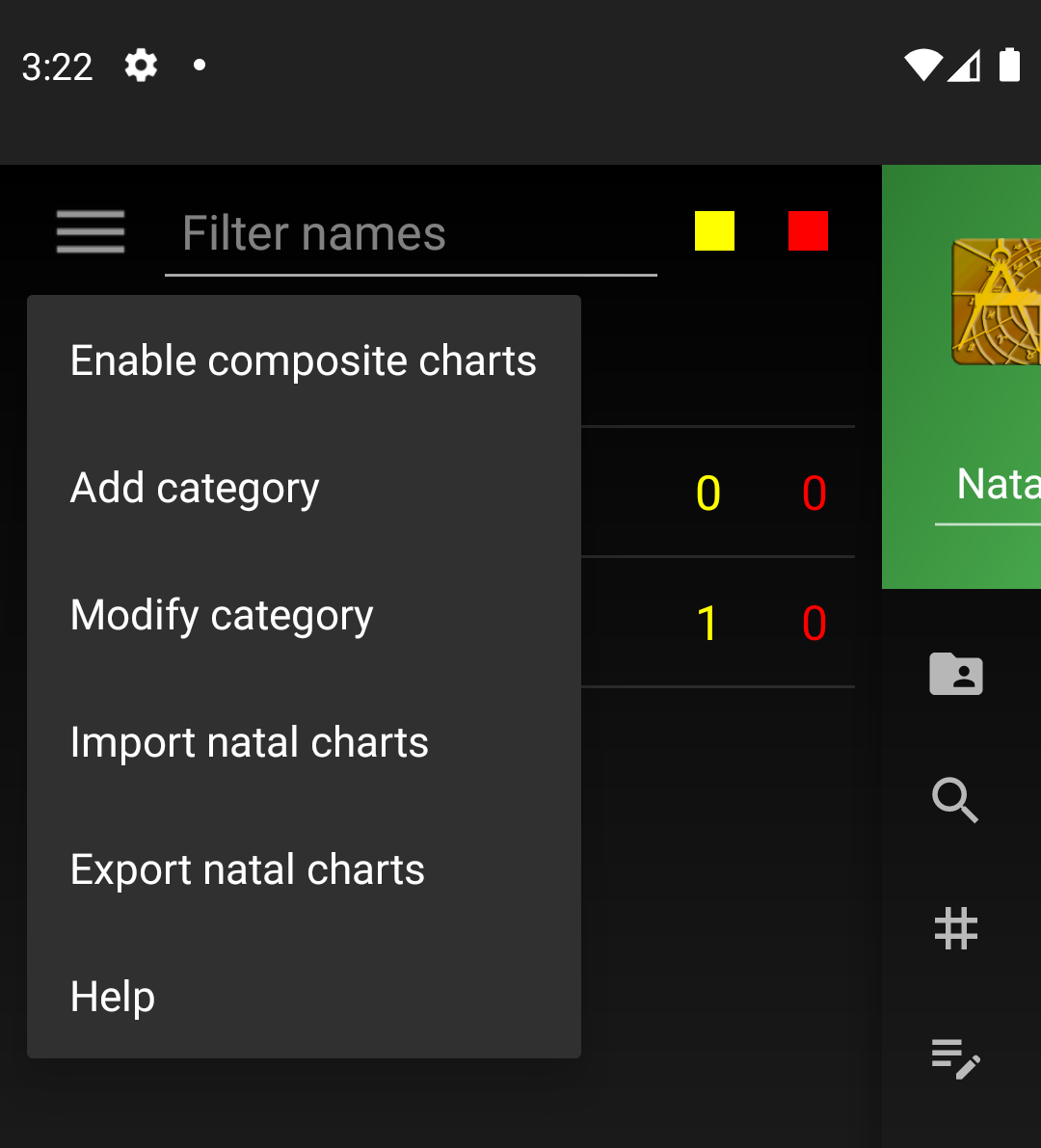 Due to storage access restriction on earlier android version, I decided to rework all this part that was already present in Astrotab pro.

First you need to launch astrotab pro (RIP) then go the natal charts list. In the popup menu accessible in the top left corner, choose “export to SD”. an xml file should be created in /storage/zodiacomputing.

In the same way than astrotab pro, go to the chart list popup menu and choose “import natal charts”. a file browser will be displayed, it filters only xml files, you’ll find the file to import in “Documents” (most of the time). click on it, if the import success, the list of imported charts will be displayed. importation is already done at this moment. Just go back to AstroTab+

In this exemple, I use Google Files which is a common file browser but it should work with all recent file browser.

Find the xml file (since there is no filtering, it can be more difficult than the import from menu), in the popup menu for the file, choose “share”. the screen on the right will be displayed. choose “AstroTab+”. if importation succeed, the list of natal charts imported in displayed

Since now in Astrotab+, the charts are saved on server, the import/export is no more an important feature. No need to copy the xml file from one device to another, the natal chart list is automatically synchonized when using the same google account.

You still can use exported charts to share your charts with friends. that’s why I keep this included in AstroTab+.

In the future, I may introduce a “sharing chart list” feature to ease the exchange of charts between AstroTab+ users… For now you’ll need to attach the exported xml file to a mail.